Bullied: What Every Parent, Teacher, and Kid Needs to Know About Ending the Cycle of Fear

Michele Borba June 20, 2012 Comments Off on Bullied: What Every Parent, Teacher, and Kid Needs to Know About Ending the Cycle of Fear

A review of  Bullied: What Every Parent, Teacher, and Kid Needs to Know About Ending the Cycle of Fear, by Carrie Goldman

THE REALITY CHECK on BULLYING:

One in five teens has been bullied at school

More than half of bullying behaviors will stop in less than ten seconds when another student intervenes.

Last summer I received a phone call from a mom in Chicago named Carrie Goldman. She was writing a book about bullying, she explained, and could she interview me as an expert source? Her goal was to interview as many experts in the field of bullying – researchers, educators, authors, trainers – and combine their perspective into one volume. Her goal was to discover how scientific findings and best practices can be combined and finally present parents and teachers with those best techniques to stop peer cruelty.

It was a mammoth undertaking, but Carrie is also a unique and tenacious person.  I reviewed the final proof and was literally cheering from my desk: she pulled it off. Carrie has written a must-read book that helps us all know how to stop bullying, before it starts. Her book is called Bullied: What Every Parent, Teacher and Kid Needs to Know About Ending the Cycle of Fear, and it will be available for purchase in just a few weeks.

Carrie’s Story: How Bullied All Began

Carrie is not only a fabulous writer but also the mother of a bullied first grader—whose inspiring true story triggered an outpouring of support from online communities around the world—a guide to the crucial lessons and actionable guidance she’s learned about how to stop bullying before it starts. 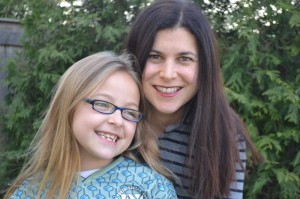 In November 2010, first grader Katie Goldman became an unlikely Internet heroine, and a new face for the bullied. Her mother, a popular blogger, wrote a post describing the teasing Katie had faced over her Star Wars thermos (an item, she was told, that was meant for boys). That was, as her mother now writes, “the post that launched a thousand geeks.” The Twitter hashtag #MayTheForceBeWithKatie was trending within days, comments flooded Goldman’s blog and Facebook page, and Katie’s story appeared everywhere from the front pages of CNN.com and Yahoo.com to Der Spiegel in Germany.

Suddenly finding herself an unexpected voice for the anti-bullying movement, Katie’s mother, Carrie Goldman, set about investigating what is too quickly becoming an epidemic. And what she’s created is a smart, practical guide from a parent who’s seen the insidious effects of bullying firsthand, and a researcher who has consulted the top experts in the field (including preeminent educational psychologist Dr. Dorothy Espelage, who has written the book’s foreword).

Goldman offers specific advice on how to help children respond to bullies, and cautions readers against the subtle, perhaps even well-meaning, ways bullying victims are often “blamed.” And in a series of targeted chapters, she considers specific challenges: bullying that affects children who push gender norms, involves children with special needs, or targets a child’s appearance, for example. Here is just a sample of the contents from Bullied:

But Goldman has also seen the power of community, and part of her mission is to underscore the role that retailers, media members, and average citizens also play in this story, with simple and powerful messages: Respect and empathy must be taught. People of all ages need to take responsibility for their online lives, though the scathing anonymous comments on any given blog post clearly indicate they do not. And kindness can be enormously healing. Because while we’ve all heard wrenching tales of cyberbullying, Katie’s story speaks to the other side of our digital lives: the potential for cybersupporting. The power to mitigate the destructive behavior that affects too many children lies with us all.

I highly recommend this book. Carrie, you’ve done a magnificent job! Bravo! But I’m not alone in my accolades. Here is the Kirkus review:

“A well-researched guide to combating bullying…. This book is a must-read for parents with children of any gender. Valuable support, resources, and concrete actions for safely navigating the social wilderness of adolescence.” —Kirkus

Available Wherever Books Are Sold 8/14/12 | CLICK HERE to Pre-Order!

About the Author – Carrie Goldman

Carrie Goldman Segall writes about issues related to adoption and parenting on her blog for ChicagoNow.com, the online community of the Chicago Tribune. Her posts are regularly featured by Mamapedia.com, where she is one of their most clicked-on bloggers, and in 2010, her blog was voted to the number 6 spot in Babble.com’s Top 50 Mom Blogs. Goldman received her B.S. from Northwestern University and her M.B.A. from the Kellogg School of Management. She was a commercial banker with Bank One, now JP Morgan Chase, from 1998 to 2004. Goldman lives in Illinois with her husband and three young daughters, of whom Katie is the oldest.