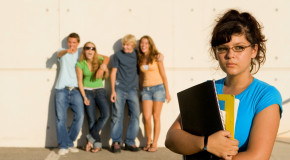 Michele Borba October 15, 2012 Comments Off on Parenting 101: Eating Disorders in Kids and Teens 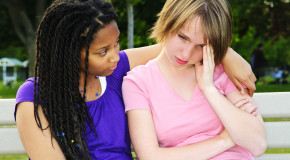 The Dangers of Over-Sexualized Images On Young Girls

Michele Borba May 24, 2012 Comments Off on The Dangers of Over-Sexualized Images On Young Girls

How to counter “Too Much, Too Soon, Too Sleazy” ads aimed at our daughters and raise healthier girls from the inside out Thongs undies for toddlers. Push-up bras for eight-year olds. Sneakers to “tone”

Countering A Too Sexy, Too Soon Culture for Our Daughters

Michele Borba January 29, 2011 Comments Off on Countering A Too Sexy, Too Soon Culture for Our Daughters

Parenting advice to raise strong, secure girls from the inside out and counter those racy, raunchy “what you have to look like” type images that rob self-esteem These days it’s almost impossible to not

7 Troubling Youth Trends in the News

Michele Borba January 2, 2011 Comments Off on 7 Troubling Youth Trends in the News

REALITY CHECK TIME: Bullying, depression, eating disorders, ADHD, stress, early puberty onset, plastic surgery and Botox are all on increase and in younger kids. Here is my pick of the top troubling child and teen

Puberty Onset Four Years Earlier American Academy of Pediatrics: Over a decade ago, Marcia Herman-Giddes, a pediatrician and now professor at the University of North Carolina School of Public Health, noticed many young girls in

Michele Borba July 25, 2010 Comments Off on More Teens Getting Botox

Parenting advice to raise girls from inside out and stop the outside wrinkle-free, large-breasted, pencil thin craze. Enough! Ask teen girls what is on their birthday wish list these days, and you may get a

Eating Disorders in Children and Teens

Michele Borba February 7, 2010 Comments Off on Eating Disorders in Children and Teens

Parenting advice to help you identify the early signs of an eating disorder in children and what to do is you suspect your daughter (or son) has one “An eating disorder? Impossible!” “Not my