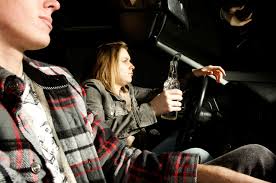 Do you know what K-2, Four Loko, Spice, Blaze, Red X Dawn, Blackout in can, and Toxing are? If not, it’s time to wise up and talk to your teens.  Here are three dangerous teen trends every parent needs to know.

Teens smoke it as the new way to get high, it’s the hot, new craze in suburban areas and becoming increasingly popular, and–as of this moment–is perfectly legal.

It’s called “Spice,” ”K2,” ”Blaze,” and “Red X Dawn,” and is really synthetic marijuana. Business Week stated that the product consists of plant material coated with research chemicals that mimic THC, the active ingredient in marijuana. The product is labeled as incense (probably to mask the real intended purpose), and kids can purchase it easily online or at the corner store in almost 37 states. Because it is legal and packaged as “herbal blends,” kids figure it’s “no big deal.” But the drug is anything but “not a big deal.”

The medical profession warns that K-2 has the potential for long-term effects including hallucinations, increased heart rate and even respiratory failure. ABC News reported this week that over 500 hundred teens were poisoned by the drug last year alone and many ended up in the hospital.

The good news: the DEA is taking emergency action to outlaw herbal and chemical blends sold as synthetic marijuana. By the time this blog is posted, teens may already be unable to purchase the product.

Meanwhile, talk to your teen about the real health dangers. And do check the labels on anything that appears to look like incense or stamped with: “Spice,” ”K2,” ”Blaze,” and “Red X Dawn.” Dump it!

Botox is the brand name for botulinum toxin. When injected cosmetically in small, diluted doses, it weakens muscles, causing a “youthful effect. But data shows for the past few years, teen girls have caught the “I want to look younger” craze as well with more teens begging parents for injections (around $300-500 per treatment).

I hope you’re as concerned – okay outraged – about this trend as I. But my concern for our younger female gender goes beyond this “feel-the-need for Botox” craze. The increase in teen plastic surgery is also increasing. I find it more than a mere coincidence that we are also seeing a rise in depression, eating disorders, binge drinking, stress, and low self-esteem in young girls as well.

So what’s going on? Most experts-myself included-agree that the “have to have Botox craze” is due to continual negative messages we’re feeding our girls. You know the ones: “Happiness comes from the outside,” “Pencil thin is ‘the look,’” “You have to wear designer labels to be someone,” and “Guys only like girls with big boobs.” In fact, there has been a steady rise in teen plastic surgery– particularly for breast implants: a 24 percent increase since 2002. Many teens request breast implants as a Sweet 16 or graduation present which are particularly popular in California and Texas. According to the American Society for Aesthetic Plastic Surgery, more than 36,800 cosmetic surgery procedures were performed on Americans 18 and under last year. And those messages are robbing our daughters of a sorely missed and critical needed notion that real happiness comes from the inside. The solution on this one should be easy: Say “No!” to Botox, halt those comments about appearance and big boobs, and let’s start raising our daughters from the “inside” out.

Caffeinated Alcohol or “Blackout in a Can”

It’s a fruity (available in eight flavors: Uva Berry (Grape), Fruit Punch, Orange Blend, Watermelon, Blue Raspberry, Lemon Lime, Lemonade, and Cranberry) caffeinated drink that comes in a can, is laced with alcohol, and is called “Four Loko.” The container is the size of two 12-ounce beers (23.5 ounce), but delivers the alcohol equivalent of four to six beers and has as much caffeine as a cup and a half of coffee. Teens call it “Blackout in a can” because it’s a cheap, fast way to get drunk and party on all night. Instead of going to the bother of mixing rum or vodka with Red Bull, teens rave that Four Loko is just a whole lot easier and so much more convenient.

While pre-mixed drinks have always been a staple on liquor shelves, the medical profession warns that the combo of alcohol plus caffeine is much more dangerous. In the past year more than a dozen teens have been hospitalized and at least one death has been blamed on the beverage. Several college campuses have banned the drink. Legislators and the FDA are calling for a ban against the product.

Add “Four Loko” as a hot topic to chat about when your teen comes come from college. Meanwhile, talk to your teen now about the dangers of mixing alcohol and caffeine. The good news: as of last week the manufacturer of Four Loko announced it would remove caffeine from Four Loko. The state of Washington followed Michigan’s lead and banned the product. Meanwhile, know that kids tend to buy (and hide) in bulk, and distributors may still be stocking those shelves. Still have that chat and while you’re at it, include “responsible drinking,” and “binge drinking.”

Follow me on twitter @MicheleBorba or on my daily blog Dr. Borba’s Reality Check. For more proven parenting advice for dealing with these topics refer to The Big Book of Parenting Solutions: 101 Answers to Your Everyday Challenges and Wildest Worries especially the chapters on Drinking, Growing Up Too Fast, Peer Pressure, Communicating, and Clothes and Appearance.