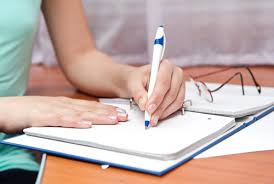 Do Lefties Have the Upper Hand?

I admit I’m always glued to the news. But I tuned into an unexpected political revelation. I caught it the moment President Obama was signing a bill. It wasn’t what he signed, but how he signed the law. He used that unmistakable hooked handwriting scrawl of a left-hander.

Through a little self-induced sleuthing I discovered that Obama isn’t alone as a southpaw President.

In fact, a record 6 of the last 12 chief executives since the end of World War II have been lefties!

Any way you look at it, that’s a disproportionate amount of left-handers in the role of leader of the most powerful nation in the free world. Statistics say that only one in ten people is left-handed.

But this rather interesting inclination of left-handed leadership (excuse the pun) is showing up in other political realms as well.

The fact is that even if Obama lost the election, our President would still have been left-handed. John McCain is also a southpaw. But so too was Al Gore, the presidential opponent of preceding elections.

The 1992 three-way Presidential race featured three southpaws: George H.W. Bush, Bill Clinton and H. Ross Perot. (For the record, Bob Dole was also a lefty, but switched handedness due to a war injury).

This latest trend of left-handed Presidents has only been cropping up in recent decades.

Before the turn of the twentieth century the only known left-handed Commander-in-Chief was James Garfield (and he was ambidextrous). I’m betting that the actual number of left-handed Presidents is actually much higher than the history books contend and I don’t think it has anything to do with some rare genetic mutation. I think–fingers crossed–we’re finally becoming more accepting as a society.

Just a few decades ago there was no sympathy for lefties. None. Parents were even strongly admonished to change their kid’s hand dominance, and pronto. Parenting advice was stern:

“Take any object immediately out of their left hand.”

“Force the child to write right-handed.”

Not only were left-handed kids not accepted in society, but thought to be clumsy, accident prone and certain to have problems learning.

Left-handers from my dad’s generation had horrid tales from their school days. My 80-year-old aunt said her first grade teacher bound her left hand tightly behind her back forcing her to become right-handed. My uncle said it took years to erase his fear that he would “wrongly” use his left-hand. The harsh scolding from his strict schoolteacher still haunts him.

Some historians say that even Ronald Reagan switched from left to right-handed as his life evolved because the image of growing up as a southpaw was so negative.

And now for the personal disclosure…

Now I must disclose I’m a right-handed and a mom and wife of lefties. I’ve seen both my husband and son’s frustrations when dealing with our right-handed world up close and personal.

Many everyday habits we take for granted for example, shaking hands cause them anguish. Can you imagine being greeted with an extended left-hand instead of the “proper” right-hand? Tsk-tsk!

Dining poses another challenge. Whenever my left-handed husband or son began the matter of meat-cutting the predictable would happen. “Oh he’s left-handed,” the guest would groan. “I should have sat on the other side.”

There are advantages to being left-handed. Daniel Geschwind, a UCLA expert in neurobehavioral genetics, noted that creative fields like music, art, and architecture have more than their share of lefties.

That would make sense since this is the same hand used by Pablo Picasso, Michelangelo and Leonardo da Vinci to create their masterpieces.

More than a few studies have revealed there is a creative tendency in left-handed kids thus lefties such as Albert Einstein,Mark Twain, Isaac Newton, Benjamin Franklin, and Ludwig van Beethoven.

Then of course there may be something to this left-handed President trend. Don’t rule out that your lefty may just end up as Commander-in-Chief.

So do your lefty a favor: The next time President Obama signs a bill put him in front of that TV to watch the moment. I don’t care what your political leanings are, this issue goes beyond politics.

A second-grade teacher friend reported she did just that this week in her classroom. The response from one black student was just precious.

As our new President picked up his pen to sign the bill, she noticed the eight-year old lean in and watch closely. Suddenly his eyes widened and the teacher knew he got the moment’s true significance.

“Hey, look! The President is just like me!,” the boy yelled. And then exclaimed proudly to one and all: “Barrack Obama is a lefty!”

Oh how the times have changed! (And aren’t you glad?)

You can also find dozens more research-based and practical tips in my latest book, The Big Book of Parenting Solutions.