Michele Borba September 8, 2014 Comments Off on What Bullying Looks Like Age by Age 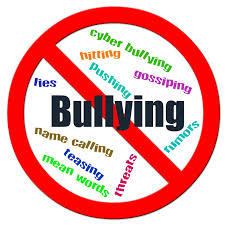 Peer cruelty is a problem and appears to be starting earlier. Though survey results do vary, by some estimates, one in seven American schoolchildren is either a bully or a victim. And the cruel behavior increases with age. A recent study prepared for the American Psychological Association showed that 80 percent of middle school students admitted to bullying behavior in the prior 30 days. The more we know about bullying, the better we will be able to parent our children.

So tune in closer to your child. Please. Repeated bullying causes severe emotional harm and erodes your child’s fragile self-esteem. Boys and girls are also bullied differently: girls are more likely to be victims of emotional and verbal bullying while boys are usually bullied by physical harm or threat. But whether the bullying was verbal, physical or relational, the long-term effects are equally harmful. Both boys and girls reported high levels of emotional distress and loneliness as well as lower self-esteem, loneliness, anxiety and depression.

Not all aggressive acts is bullying. Make sure you understand the definition.

If your child is bullied it means that peers are intentionally causing her pain. Bullying is repeated, conscious act of aggression with negative intent. There is also a power imbalance – the bullied child is targeted because they cannot hold their own.

Make no mistake: those cruel, aggressive habits are learned and should never be tolerated. Bullying also varies by ages and genders. What follows are the most common types of bullying and what it looks like by different ages and stages.

The Five Most Common Types of Bullying

There are five distinctly different types of bullying. A bully can “attack” her victim:

Bullying by Stages and Ages

Bullying also takes on different forms at different ages. Here is what bullying looks like during the preschoolers years, school age and preteen/teens years. Of course, nothing is set in stone so your child’s experiences may differ but here are typical expectations:

These are the ages bullying behaviors are first learned because kids learn it works to get their way. Beware, new studies are showing that bullying is starting much earlier (20 percent of kindergardeners engage in bullying; an Australian study found 3 and 4 year olds engaging in peer cruelty). Little ones are imitators — watch what they imitate and stop it, ASAP! In the young set:

Aggression is mostly due to impulsivity and the inability to regulate emotions. Do not allow aggressive behaviors or cruelty in any form. They easily become habits.

3. Bullying During Preteens and Teens

Bullying peaks during these years-especially during the tween years-and is also the most vicious. Average middle school student experiences at least one verbal harassment per day. Though adults big concerns generally regard cyberbullying, research shows that most bullying starts face to face. By nature, bullying is a problem with dysfunctional relationships. The most common types of bullying (though not limited to these) are:

While you can’t always be there to step in and protect your child there are ways to help your son or daughter be less likely to be victimized in the first place. Your first step is to get educated! A search in my blog will reap dozens of other articles on bullying. I am currently writing a book, The Complete Educator Guide for Bullying Prevention that will be available from Free Spirit Publications.

For more updates on late-breaking news and parenting solutions, go to my website,Michele Borba, refer to my book, The Big Book of Parenting Solutions: 101 Answers to Your Everyday Challenges and Wildest Worries (particularly the chapters: Bullying, Bullied, Sensitive, Teased. The book features 100 of my TODAY show segments and if packed with solution-based parenting) or follow me on twitter @MicheleBorba.