REALITY CHECK: Did you know that today’s American youth are displaying intolerant actions at alarming rates-and at younger ages? The FBI reports that most hate crimes are committed by youth younger than nineteen. The Associated Press announced  that 2009 saw most federal hate crime cases since 2001. The Southern Poverty Law Center  reports that those stats are “severely flawed” and much higher.

One thing is certain, kids aren’t born hateful. Prejudices are learned. Hatred and intolerance can also be learned, but so too can sensitivity, understanding, empathy, and tolerance. If today’s children are to have any chance of living harmoniously in our multiethnic world, it is critical that parents nurture it.

Here are seven solutions you can use that help curtail bigotry while at the same time influence your kids to treat others with respect and understanding. Here are ways to do so:

The first step to nurturing tolerance is to examine your own prejudices and reflect on how you might be projecting those ideas to your child. Chances are that you are communicating those attitudes to your child. Make a conscious attempt to temper them so that they don’t become your child’s prejudices.

2. Commit to Raising a Tolerant Child

Parents who think through how they want their kids to turn out usually succeed simply because they planned their parenting efforts. So if you really want your child to respect diversity, you must adopt a conviction early on to raise him to do so. Once your child knows your expectations, he will be more likely to embrace your principles. 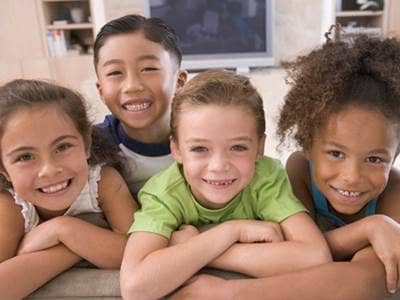 When you hear prejudicial comments, verbalize your displeasure. How you respond sends a clear message to your child about your values:

“That’s disrespectful and I won’t allow such things to be said in my house.” or “That’s a biased comment, and I don’t want to hear it.”

Your child needs to hear your discomfort so that she knows you really walk your talk. It also models a response she should imitate if prejudicial comments are made in her presence.

From a young age, expose your child to positive images-including toys, music, literature, videos, public role models, and examples from TV or newspaper reports-that represent a variety of ethnic groups.

Encourage your child, no matter how young, to have contact with individuals of different races, religions, cultures, genders, abilities, and beliefs.

The more your child sees how you embrace diversity, the more prone he’ll be to follow your standards and be more empathic and tolerant.

When you hear a child make a prejudicial comment, listen to find out why he feels the way he does. Then gently challenge his views and point out why they are incorrect. For example if your child says:

“Homeless people should get jobs and sleep in their own houses.”

“There are many reasons homeless people don’t work or have houses. They may be ill or can’t find jobs. Houses cost money, and not everyone can pay for one.”

Stereotypes lead to prejudice. Stop them!

7. Be the Example You Want Copied!

The best way for your child to learn tolerance is for him to watch and listen to your daily example.

Ask yourself each day one critical question: “If my child had only my behavior to copy, would he be witnessing an example of what I want him to emulate?”

Make sure you are walking your talk.

Hatred, bigotry, prejudice, and intolerance can be learned, but so too can sensitivity, understanding, empathy, and tolerance. Although it’s certainly never too late to begin, the sooner we start nurturing tolerance in our children, the better the chance we have of preventing insidious, intolerant attitudes from taking hold.

There has never been a time when it is most important to do so than now.

I am an educational psychologist and have authored over 22 books including the Big Book of Parenting Solutions.For more specific ideas to curb intolerance refer to intolerance, empathy, insensitivity.