Top 10 Reasons We Must Build Our Children’s Moral IQ

Moral Intelligence is what helps our children act right with or without our guidance, and the best news is that this critical and too often overlooked intelligence can be taught.  Let’s make sure our children develop both strong minds and caring hearts!

Here are 10 reasons why we must build our children’s Moral IQs (and most especially in today’s racy, too fast, too soon, raunchy world).

The foundation to good character–or “moral intelligence”–consists of seven core virtues: empathy, conscience, self-control, respect, kindness, tolerance, and fairness. I identified these virtues of humanity as key to stopping youth violence and bullying in my work in schools and with at-risk youth. These virtues ultimately form our children’s character and are the principles they’ll use to direct the course of their lives long after we are gone. Building Moral IQ is our best hope that kids will have the foundation to good, solid character. These virtues are not temperaments or inborn traits but are teachable. Beware: in today’s racy, raunchy, celebrity-driven, test-crazed “get the score at any cost” society, these core virtues are also diminishing in our children.

2. Teaches How To Think and Act Right

In these troubling times, parents need to know ways to help their kids learn to not only think morally but also act morally. After all, the true measure of character rests in our actions–not in mere thoughts. Moral Intelligence teaches the specific moral habits that will get our kids on the right course so that they do act as well as think right. Keep in mind that home is always the first and most important school of character. Use your influence!

3. Moral IQ Is Not Guaranteed

Moral IQ is learned, though developing it is far from guaranteed. To ensure kids acquire it, we must intentionally model, nurture, reinforce, and teach it. If we don’t, the result can be tragic: an increase in insensitivity, dishonesty, aggression, incivility, cruelty, hatred, and injustice. We must be deliberate. 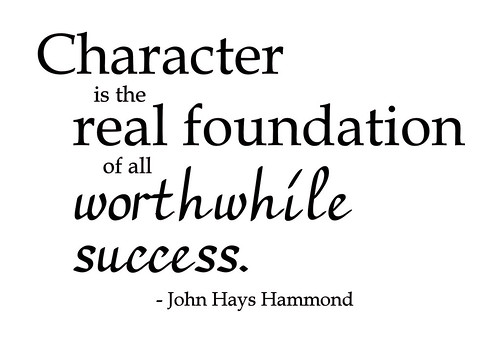 The truth is toxic influences are so entrenched in our culture that shielding kids from them is almost impossible. That’s why it’s crucial to build Moral IQ. It will serve as their moral compass so they have deep-seated convictions to stand by their choices and counter any pressures from inside or outside that go against the principles of good character.

Moral IQ is comprised of the skills needed to protect kids’ moral lives such as resolving conflicts, empathizing, knowing right from wrong, asserting themselves, controlling anger, learning tolerance, negotiating fairly, communicating respectfully, cooperating, using self control, sharing, and knowing right from wrong. These skills are needed in all life arenas, and especially in today’s troubled world.

It’s important to remember that the most important measure of a nation is not its gross national product, its technological genius, or its military might. It is the character of its people. Moral intelligence consists of  timeless virtues that are the bedrock of good citizenship and responsible living.

Moral Intelligence gives kids the power to counter outside and inside vices so that they do what’s right. It’s what helps them navigate through the ethical challenges and pressures they will inevitably face throughout life and choose the right moral choices so they do act right with or without adult guidance. Remember, kids won’t know what to say no to unless they have a firm sense of what they believe!

Of the 26 wealthiest countries, our youth are the most violent. And peer cruelty and bullying is rising. Yet we continue to erect metal detectors and hire guards to “protect” students from themselves. The best protection is fortifying kids from the inside with Moral IQ and to teach three core virtues that lay the foundation for nonviolence: empathy, conscience, and self-control. I call those three virtues the “Moral Core.” Without that core, kids become time bombs just waiting for explode. We can’t afford not to build their Moral Intelligence: it’s our best hope for raising empathic, kind, responsible, just children.

Related: Could Your Child Be a Bully

Moral IQ is comprised of the essential moral virtues needed to help our kids become decent, caring, and respectful. These  virtues become a template for creating our kids’ character, guiding their actions, and ultimately defining their reputations as caring, good human beings.

Moral growth is an ongoing process that will span the course of our children’s lifetimes. But the habits and beliefs of Moral Intelligence we instill in our kids now will become their ethical foundation they’ll use forever. It is what will greatly decide our children’s moral destinies and will be our greatest legacy.

I hope you agree!