Why ADHD boosts vulnerability to bullying; solutions for parents and educators of special needs children.

I had pleasure of speaking with Peggy Dolan from the Edge Foundation who does wonderful work on coaching students with ADHD. Here is our interview and the two part series on bullying and ADHD that Edge posted on their site with permission to duplicate.

An Interview With Dr. Michele Borba About ADHD & Bullying

Bullying is in the news all the time lately, but how often do you see it linked to ADHD? Dr. Michele Borba knows a lot about the connection between ADHD and bullying. We spoke with her recently and are thrilled to pass along this important information to you.

Edge:  Seems like most parents of ADHD kids hear their child called a bully at one time or another. From the child’s perspective it can seem like every time they make a mistake, someone cries “bully.”  What is bullying?

Borba:   Every kid squabble, tease, or tiff is not bullying. The biggest problem we have right now with all of the awareness and discussion about bullying (which is good) is that no one is on the same page on the definition of bullying (which is a problem). So the first step to stopping bullying is to make sure that we are all using the same definition.

Edge:  Do you have a good definition of bullying to share with our readers?

Borba:  I prefer the definition of bullying offered by Olweus Bullying Prevention Program:

Edge: So where does teasing fit in?

Borba:  Bullying is different from teasing. Every kid in the world gets teased, but the teaser usually can speak up and stop the teasing.  Teasing can be friendly or unfriendly and generally is amongst two kids on an equal level.

Edge:  Why do some children get bullied more than others?

Borba:  There is no one reason why a child is a bully or a victim.  Yet we know that certain dynamics makes a child more vulnerable. Children tend to be picked on for their “differences.” These are children for some reason “stand out” from the pack and because they do they become easy targets.

When I do focus groups with kids of varying ages and ask: “Who is someone usually bullied”, they say, “Someone who is different.” Being too quiet or  too good of a student or having acne or being a different race; having a speech impediment or being impulsive or too sensitive are a few of the traits that get picked up on and targeted by bullies. After all, everyone is different in some way or another. Unfortunately ADHD children often have visual differences or quirks that can make them easier targets.

Also, victims can also become bullies. Research indicates that 13% of the time, victims will become bullies — or bullies become victims — in different situations. Bullying is situational and bullying is always a relational problem.

Edge:  Can you tell us more about how ADHD and bullying are related?

Borba:  ADHD contributes to both ends of the bullying cycle. First, students are often bullied because they are different and let’s face it: ADHD children are sometimes quirky. Children who are “different” – that word again – and  stand out are the most likely to be bullied. On the other side of things, ADHD children (and adults) often have to work harder at emotional skills and self control leading to them act or be perceived as bullies.

Here are a few of the issues I find that students with ADHD face:

Edge: How do you teach kids how to stop being a bully? 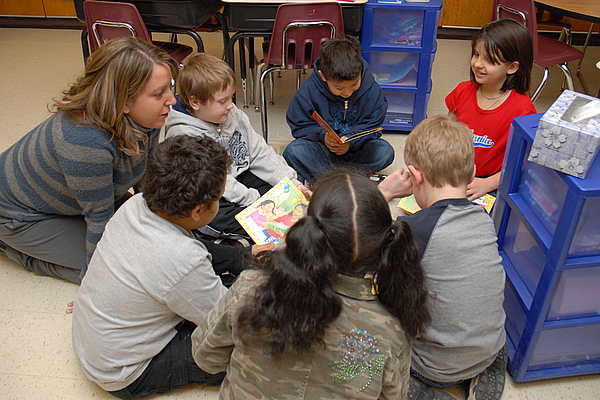 Borba: You can train kids with strategies to compensate for their ADHD deficits. UCLA, Duke University, and USC are a few universities whose research shows that social skills are teachable. I find a common adult mistake is trying to tell kids with ADHD what they need to do (lecturing, discussing or even giving a worksheet on friendship making). This approach generally is unsuccessful in helping the child acquire the essential new habit, and so the child fails to learn the crucial social skills. Instead try these steps are proven to be more effective:

Edge: What are the steps to take if your child is being bullied?

Keep in mind, your child may not be able to give you these answers, so don’t press. He honestly may not know. Chances are your child did nothing to cause this intentional pain. You may need to find an adult who sees your child to give you the perspective and answers you need. Your goal is to ideally work with staff in developing a plan that can help change the situation and make your child feel safe.

Edge: What are some of the social skills that kids with ADHD need to learn to help prevent bullying?

Borba: There are dozens of discrete social skills we all use.  Here are a few places to start to learn more so you can help your child:

This article was written by Peggy Dolane of the Edge Foundation.   Edge Foundation provides ADHD coachesfor high school and college students with ADHD.

Dr. Michele Borba is a former classroom teacher who has worked in regular education as well as with children with learning, physical, behavioral and emotional disabilities, and in a private practice for troubled youth. She earned her Doctorate in Educational Psychology and Counseling from the University of San Francisco, an M.A. in Learning Disabilities and B.A. from the University of Santa Clara, and a Life Teaching Credential from San Jose State University. Michele is the “go-to” expert on parenting, bullying prevention, education and child/teen issues for numerous news organizations including the NBC Today Show and Dr. Drew’s Lifechangers. We are all fortunate that she has devoted more than 30 years of her life to developing a framework to strengthen children’s character and build moral school climates. Read more about here. You can follow Dr. Borba on twitter @MicheleBorba