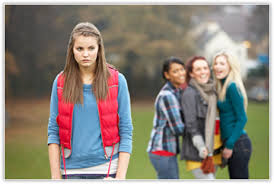 Some kids just seem to make friends easily. They’re invited to birthday parties, attend the sleepovers, are chosen first for teams, and are sought after as everyone’s friend. If we could peek into their future, we’d see them continuing to succeed socially throughout their school years, as well as for the rest of their lives. Child psychologists find popular kids have one thing in common: they’ve learned the skills of social competence at an early age. Like most skills, the skills of friendship are refined through trial and error. So, the more opportunities kids have to try out what works with others and what doesn’t, the greater likelihood social competence will develop.

That puts a lot of kids at a disadvantage. Kids who hang back and are shy, kids who haven’t had many social experiences, kids who never learned these first critical friendship-making steps, or kids who have poor social models to copy are kids handicapped from developing the skills of  social competence. Not knowing how to join a group or meet new friends will haunt them the rest of their lives. As well-liked kids continue practicing their social skills, kids lacking the skills will continue to lag socially behind others. Finally, the pain of social rejection will set in.

The good news is that social skills can be taught. Teaching them can do nothing but enhance children’s social confidence and expand their potential interpersonal fulfillment.

Here are the four research-based steps from my book, The Big Book of Parenting Solutions: 101 Answers to Your Everyday Challenges and Wildest Worries, showing you how to teach your child any skill you think he needs to enhance help him get along with others. The story of Zoe is taken from my case files just so you can see how to apply the steps. Remember: kids learn social skills best from copying others .. so point it out in context and be the model yourself. Then practice, practice, practice until the skill becomes automatic!

Zoe’s father volunteered to go on the class field trip to see for himself if the other kids really were as mean to his daughter as she said. Just sitting in the back of the bus and watching how Zoe interacted with the other girls convinced him he wasn’t hearing the whole story. He instantly saw how bossy she was, and how she always bulldozed herself into groups without watching to see what the other kids were doing. She was obviously  turning the other girls off. Now that he knew her problem, how could he help her change? That was the question the dad asked me. Here is the advice I gave the dad.

Child development experts Sherri Oden and Steven Asher worked for years with children who had problems fitting in. They discovered their social successes dramatically improved when taught specific friendship-making skills. You can use the same steps, based on Oden and Asher’s research, to help your child learn any social skill. By teaching your child one new skill at a time (think of this as using baby steps) and practicing that one skill over and over together until she can use it on his own, you can help your child make new friends and improve his social confidence.

Here’s how I helped Zoe’s father teach his daughter new social skills and boost not only her social competence but also her self-esteem. This is based on several counseling sessions. I’ve just condensed those sessions and provided how the dad applied my advice using Oden and Asher’s research.

Step 1: Focus on a friendship skill your child lacks.

Your first task is to watch your child in a social setting (in a playgroup, playing with a friend, on a soccer field, in a homework team, in a park pool). Your job is to be objective (I know, that’s tough sometimes as a parent so you may need to ask others–who know your child well and have seen her in a social context–for advice such as her teacher, babysitter, day care worker, coach, Grandparent, the neighbor next door) for a specific friendship tip your child may be lacking. Your first step is to choose one (just one!!!) friendship-making skill your child lacks (for example: starting a conversation, introducing yourself, being a good sport, encouraging others, using manners, sharing, taking turns, asking permission to play, listening, smiling, using eye contact). Choose the easiest one to teach!

Zoe’s father knew his daughter needed to learn many skills: she was bossy, used a loud voice, argued frequently, didn’t take turns, and played too aggressively. We agreed that the first thing he needed to help her learn was towait and watch the group, before barging in.

Step 2: Coach your child in the friendship skill.

Find a private moment to model the new skill to your child. Talk with her about why the skill is important, and then be sure she can show you how to do the skill correctly. It’s helpful to go with your child to a public place such as a playground or schoolyard, so she can observe other kids actually using the skill. Seeing the skill in action helps your child copy it, so she can try it on her own.

I told the dad that kids learn skills best by “seeing” not “telling” and suggested he find a place to take Zoe so she could watch other kids actually using the friendship skill. He took his daughter to a park pretending he wanted her to play ball with her. (He really wanted to point out how kids joining new groups watch before barging in).  He found a spot to throw her the ball near a group of kids playing baseball. As soon as a new child walked up to their group, he quietly said, “Hey, Zoe, see the girl with the braids over there? She looks like she’s trying to play ball with the group.” When he had Zoe’s attention he added, “Watch her to see what she does first; it looks like she’s waiting before barging in.” Zoe paused to watch. Dad added, “Wow, she’s still standing there. I guess she’s waiting for the end of the inning before asking if she can play. That’s a great idea, because kids don’t like to be interrupted during a game.”

Just telling your child about the skill is not enough. Your child needs to try out the skill with other children. The best kids for your child to practice with are kids she doesn’t already know and are younger or less skilled. For instance, a younger cousin, the kid next door, a younger sibling, or a quieter classmate). Then keep the practice session short, and stand back at a comfortable distance! If your child is having problems in the group, offer suggestions only privately–never in front of other kids.

Dad and I discussed the critical need for Zoe to learn to practice the skill so the next day the twosome went straight to the baseball diamond. Her father figured this would be a good place for Zoe to practice waiting before barging in since she didn’t know the girls and was a pretty good baseball player. (Great idea!) If the kids let her on the team, Zoe would feel comfortable playing. We created a short script and then dad used it with Zoe: “Remember, what you’re going to do, Zoe,” said her dad. “Yeah,” Zoe said, “I’m going to first watch what the kids are doing and see which side’s not winning, because they’ll probably need me most. I’ll wait until the end of an inning before asking.” “Sounds good,” admitted her father. “Why don’t you try it? The worse that can happen is they’ll say no. If they do, just walk away without saying anything.” (Hint: Create a simple script to use with your child that captures the “essence” of the skill — the most important things you want her to remember).

Child development experts, Oden and Asher, discovered that a critical part of teaching social skills is evaluating the child’s performance with your child. As soon as you can, discuss how the practice session went asking questions such as: “How did it go?, What did you say?, How do you think you did?, What would you do differently next time?” Don’t criticize what your child didn’t do, instead praise what your child did right.

If your child wasn’t successful, talk through what didn’t go well, so she can try it differently the next time. As soon as your child feels comfortable with the skill, you’re ready to teach another one. Gradually your child’s social competence will grow. Do help your child understand that change takes time (usually a minimum of 21 days) and that if she sticks to those practices she will gradually see improvement.

Zoe stuck to their plan and was asked to play second base. When the game ended, she and her dad went for ice cream and reviewed how things went. “Looks like you had a good time, Zoe. How do you think it went?,” her dad asked. “Pretty good,” Zoe admitted, “but it was hard waiting that long.” “Yes, but you did it, Zoe. Kids like it more if you don’t barge in on them if they’re already playing a game. Next time we’ll practice saying nice things to the kids while you’re playing. Kids like that, too.” (I gave Dad bonus points here. Remember, the fastest way to change behavior is to tell your kids what they are doing right — not wrong. They are more likely to redo what you said was the “right way.”)

I continued to work with the dad for another week. Three weeks later he called to tell me that Zoe was elated – she had been invited to her first birthday party and a classmate started phoning her each night. She’d made her first friend. (YES!!!)

For more research-based strategies that boost your child’s social competence as well as school success, behavior, character, emotional intelligence, and getting along in life refer to Thrivers: The Surprising Reasons Why Some Kids Struggle and Others Shine in print March 2, 2021! I’ve spent the last five years researching and writing this book as well as literally flying around the world to find the best ways we can raise resilient children. My goal is to create a conversation that makes us rethink or view of success as exclusively grades, rank and score and includes character strengths that can-and must-be taught.! It’s filled with common-sense solutions based on the latest science to help us raise kids with strong hearts, minds and will. It’s time to include “resilience” in our parenting and teaching!