10 Ways Parents Can Help Their Kids Succeed in School

Michele Borba September 6, 2014 Comments Off on 10 Ways Parents Can Help Their Kids Succeed in School

10 tips to boost the right involvement in children’s education so parents make the grade The crisis in education  is mind-boggling: Every 26 seconds another American children drops out of our school system. Every school

Academic success impacts our children for the rest of their life: it influences their self-esteem, college selections, job attainment, financial success, and even their choice of spouses. It’s no wonder we go great lengths

When my children were little, we played a game called the Silent Fuzzy Pass. Fuzzy was a bright orange, ragged old stuffed animal that I suppose was a bear though it’s debatable. Each night, 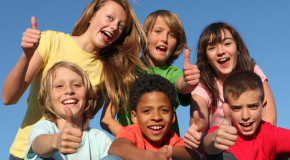 Michele Borba December 5, 2013 Comments Off on 100 Ways to Let Kids Know You Care

I’ve just come from keynoting a conference on how to stop school shootings and bullying. The audience was packed: educators, mental health professionals, law enforcement, parents as well as elected officials who represented 23

Sexual Abuse: When Our Schools Don’t Protect our Children

Michele Borba February 21, 2012 Comments Off on Sexual Abuse: When Our Schools Don’t Protect our Children

In wake of recent scandals we educators need to tune in closer to ensure children’s safety A guest post by Edward F. Dragan “In my kindergarten class this morning I saw Frank and Gail leaving

A guest post by Edward F. Dragon, Ed.D. Author of The Bully Action Guide: How to Help Your Child and Get Your School to Listen Sexual Harassment: Unwelcome sexual advances, requests for sexual favors,

Michele Borba April 27, 2010 Comments Off on Educating for Character

Five steps to boost children’s character and moral intelligence The teacher read Alfred’s misbehavior report and shook her head. It was his third playground citation this week and like the others it was about